The London member turned his script ‘No More Wings’ into a short as part of our Script House project. Last night, Tribeca named it 2020’s Best Narrative Short

Abraham Adeyemi is on a winning streak thanks to ‘No More Wings’. In 2019, the south London-based screenwriter and playwright’s script was one of two members selected by a panel of judges, including Barry Jenkins and Lulu Wang, as a finalist for our second annual Script House competition – a global initiative for members to strengthen their skills as screenwriters and filmmakers, in partnership with IWC Schaffhausen. With funding from Script House and mentorship from members of the judging panel, Adeyemi — who first joined Soho House through the Soho Impact Open House programme — turned his script into a short film, which we premiered during the BFI London Film Festival, before screening it at Soho Houses around the world.

Last night, ‘No More Wings’ got its next big break: the award for Best Narrative Short at the 2020 Tribeca Film Festival. It was selected from 6,000 submissions – and the only one chosen from the UK – by a panel of judges, including Taylor Hackford, Kasi Lemmons and Pamela Adlon. The big news was announced via Tribeca’s virtual awards show, with an ecstatic Adeyemi accepting the honour via a Zoom call from his bedroom.

Watch the trailer for 'No More Wings'

To celebrate, we caught up with Adeyemi to hear about the moment he got the news and what’s next for the up-and-coming filmmaker.

Tell us about the moment you heard the news.
‘The Tribeca people sent out a general email on Wednesday saying they’d like to try and recreate the Festival experience as much as possible. They wanted us to dress red-carpet ready and record a pre-interview. They also told me to prepare a speech for if I won. I didn’t really think too much about it, I just assumed they told everyone to do that. Then they called me on Friday and, eventually, I recognised the names of two of the judges on the Zoom. When the final person joined the call, they told me that I’d won this year’s Best Narrative Short. I was in absolute shock. It’s all on video now, because they filmed everything.

I decided to set up a Zoom call with my friends afterwards and sent them a really elusive message: “Zoom call 8pm to 8.30pm. You won’t want to miss this. Bring a drink, don’t ask any questions.” About 40 of them joined, and when I told them they were just ecstatic. Even though it was my news, it was nice for all of us to have a moment of celebration during this time. I’ve been celebrating ever since.’

How did you find the experience of winning this award from your own home?
‘I feel very grateful that in this period where things feel quite bleak for a lot of us, I have a reason to feel such joy and happiness. In a strange way it does feel good to experience it at home, because I will almost certainly never win an award in the midst of a global pandemic again.’

Does winning the award change the way you see ‘No More Wings’?
‘It feels exactly the same as when I first made it. There are a few pieces of work I’ve made in my life, which I feel such an emotional connection to that nothing can change how I feel about them, and “No More Wings” is in that category. I always knew that I thought it was good, and that’s as far back as two or three years ago when I just had the concept in my head and was excitedly telling friends. One of them who called me this morning described it as such a “normal” film, meaning that its brilliance – if I can use that word – is that it doesn’t rely on any gimmicks or tropes, it’s just a very naked film.’ 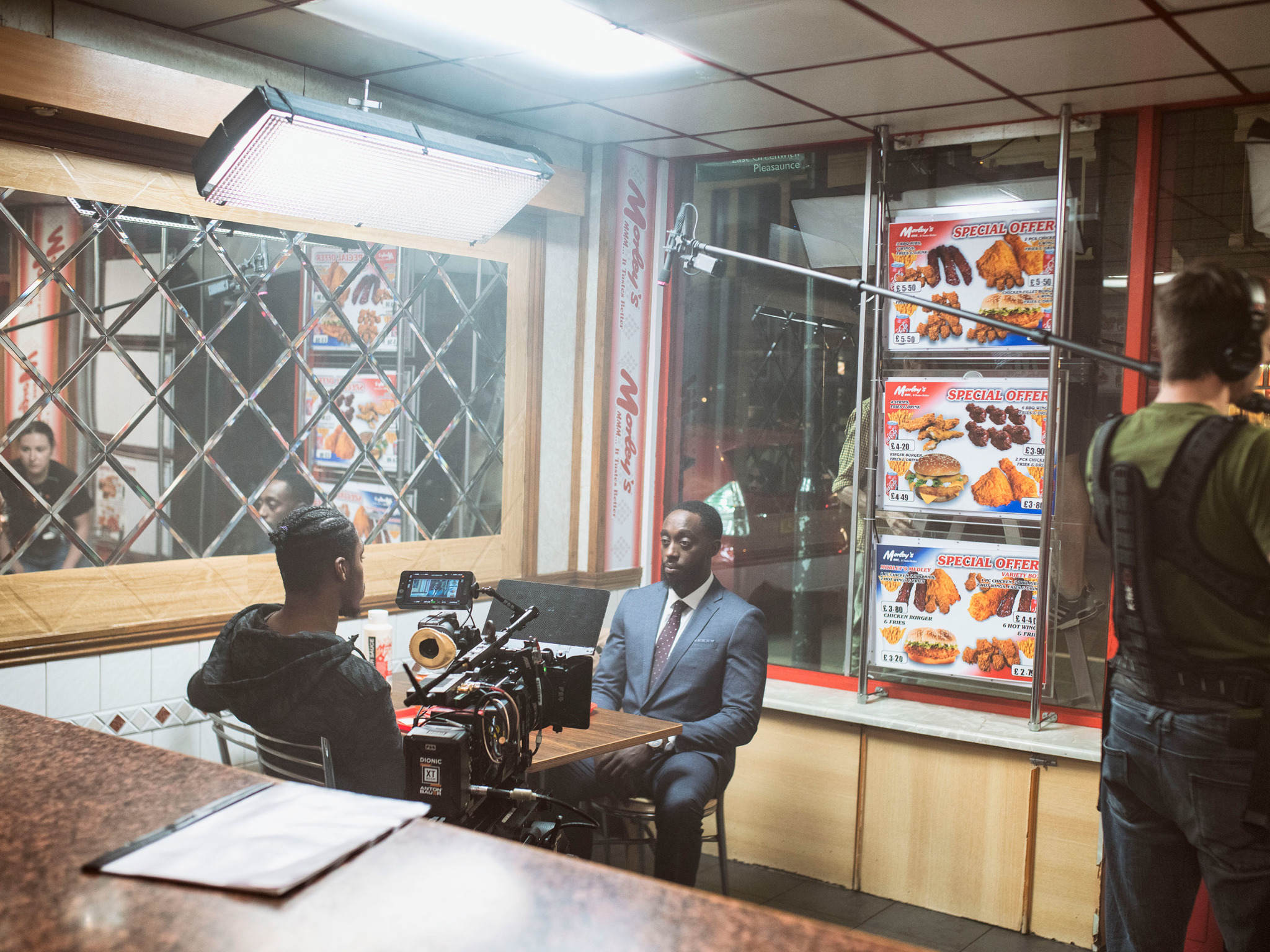 Behind the scenes of 'No More Wings'
How did you find the experience of translating your script to the screen?
‘The process of making this film was a dream. Normally, when you receive funding like this, the partners are very on your back and want to make creative decisions. But in receiving funding from IWC and Soho House, there was none of that. We won the award, were given the funding and a deadline, and that was it. I think when you’re left to your own devices, there’s no way you can’t be proud of the film you make. I was able to make it exactly as I envisioned it, with assistance from an incredible cast and crew.’

What’s next? Are you writing a lot during lockdown or taking a break?
‘For me, writing has always been what keeps me sane, and the only reason I’ve not lost my mind during lockdown has been because I’m working away on scripts. I finished a TV script that I had a deadline for and now I’m working on a bunch of things, including a drama for Channel 4 and a film I’ve wanted to write for a long time, inspired by Richard Linklater’s “Before Sunrise”. “No More Wings” was originally an idea of an anthology series I was working on with some filmmaker friends called “South London, I Love You”, so now I’m inspired to pick that up again.’