By Alexander Fury   Above image from Valentino: At The Emperor’s Table (Oberto Gili)  Monday 18 May, 2020   Short read 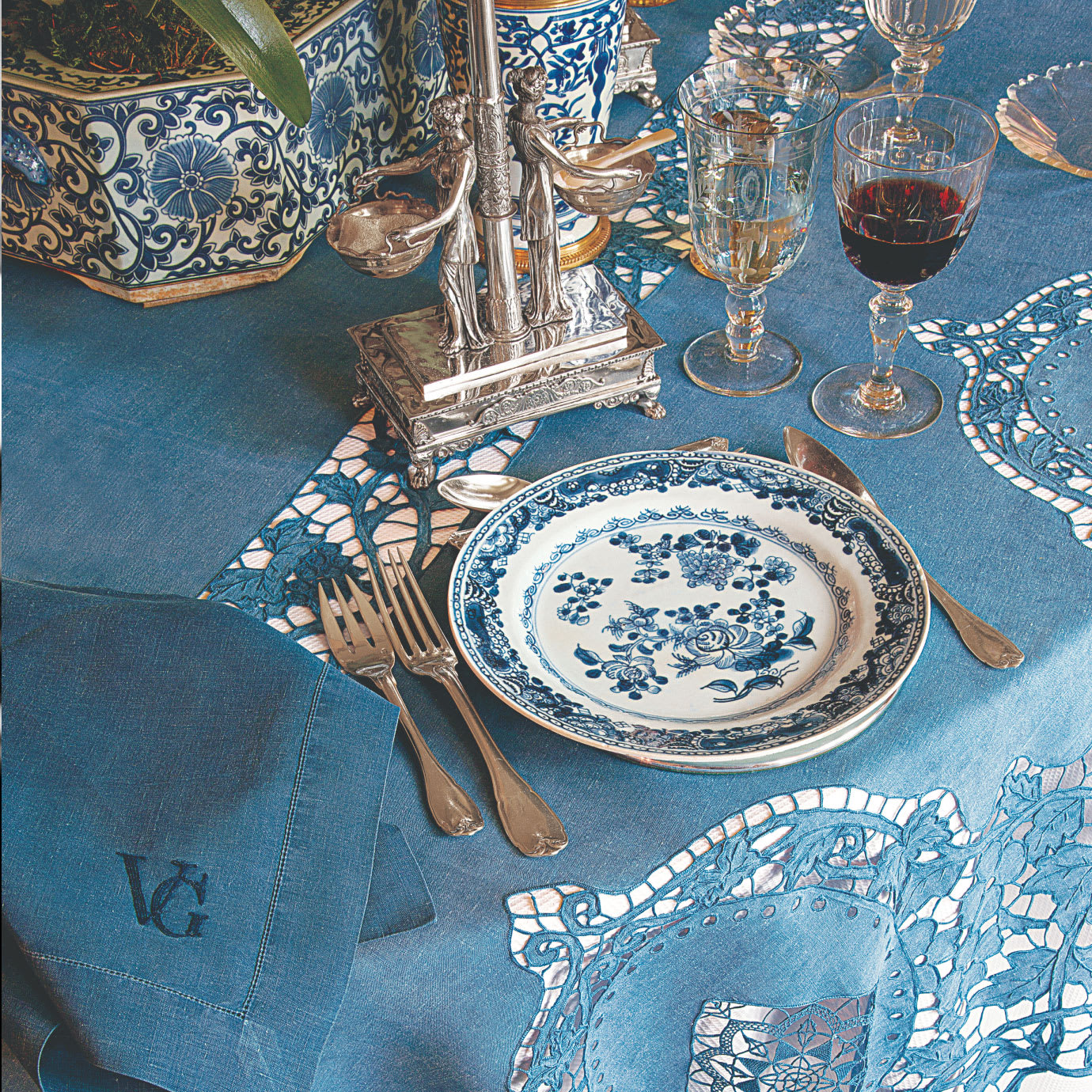 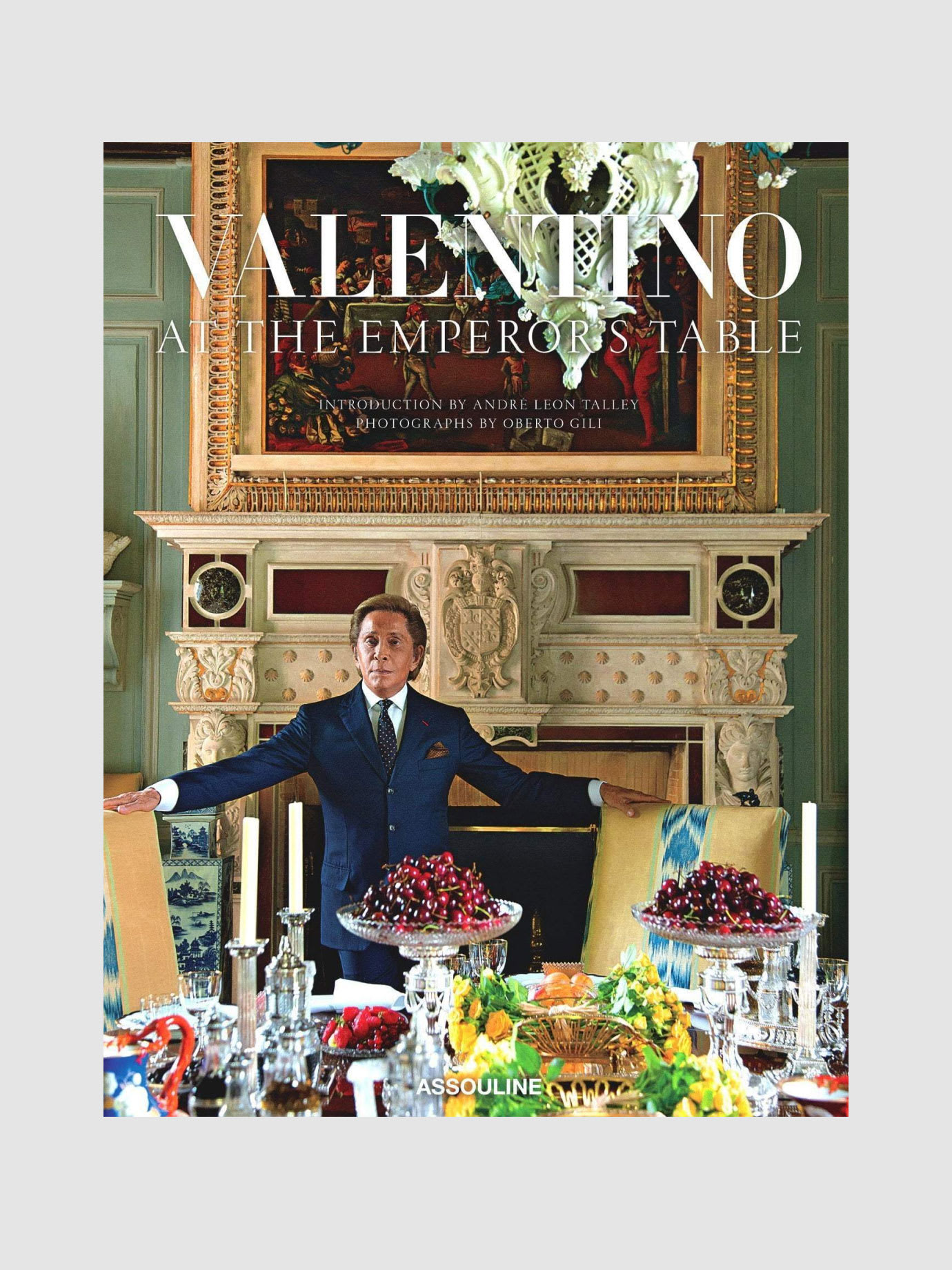 Here’s a confession: I don’t cook. I mean, I can boil an egg and flambe an omelette (accidental, that one), but anything more convoluted is alien to me. In the current moment, though, I and many others are navigating unfamiliar territory – kitchen cabinets, chicken’s backsides – trying to recreate restaurant dining at home. And who better to turn to than people for whom dining (or rather, being seen to dine) is part of the job? Namely, the world’s great fashion designers, and the women they fashionably dress. Cooking at home, under the guidance of, say, Valentino Garavani or the Duchess of Windsor, can easily rival a five-star restaurant in grandeur, if not in ease (both of those figures have retinues of private staff – we should be so lucky).

So then, here is a fashionable edit of cookbooks that offer a guide – maybe not exactly indispensable, but hopefully entertaining – to creating food at home that’s fit for a fashion week schedule. Just hope you have plenty of pre-measured lettuce leaves and Meissen at hand.


Valentino: At The Emperor’s Table, Assouline, 2014
Fashion and food are intrinsically entwined in Italy, and the Roman couturier Valentino Garavani has always done both in the grandest of style. Now retired, except for, maybe, guest stints making wedding dresses for Hollywood hyper-stars and royalty, such as Anne Hathaway and Princess Madeleine of Sweden, Valentino instead practises the art of living well – and gives credence to the moniker WWD coined for him in the 1970s: the Sheik of Chic. Valentino’s cookbook, published in 2014, is suffixed At the Emperor’s Table, a witty nod to the 2008 documentary, The Last Emperor, where you see him shout about how he cares more about his pugs than his dresses, and his partner Giancarlo Giammetti tell him he’s too tan. In this weighty tome, this fashion emperor’s table settings, across his homes in Gstaad, London, Rome, New York, Paris, and his 152ft yacht, are given just as much space as his recipes. Next to pictures of his beloved pugs lying on sables, or drooling at tables heaving with his silver Meissen, artichoke salt cellars and Qing-dynasty plates, are surprisingly hearty and unpretentious dishes, like parmigiana and risotto Milanese. Although, let’s not be under any illusions here, they were all made by Valentino’s personal chef. 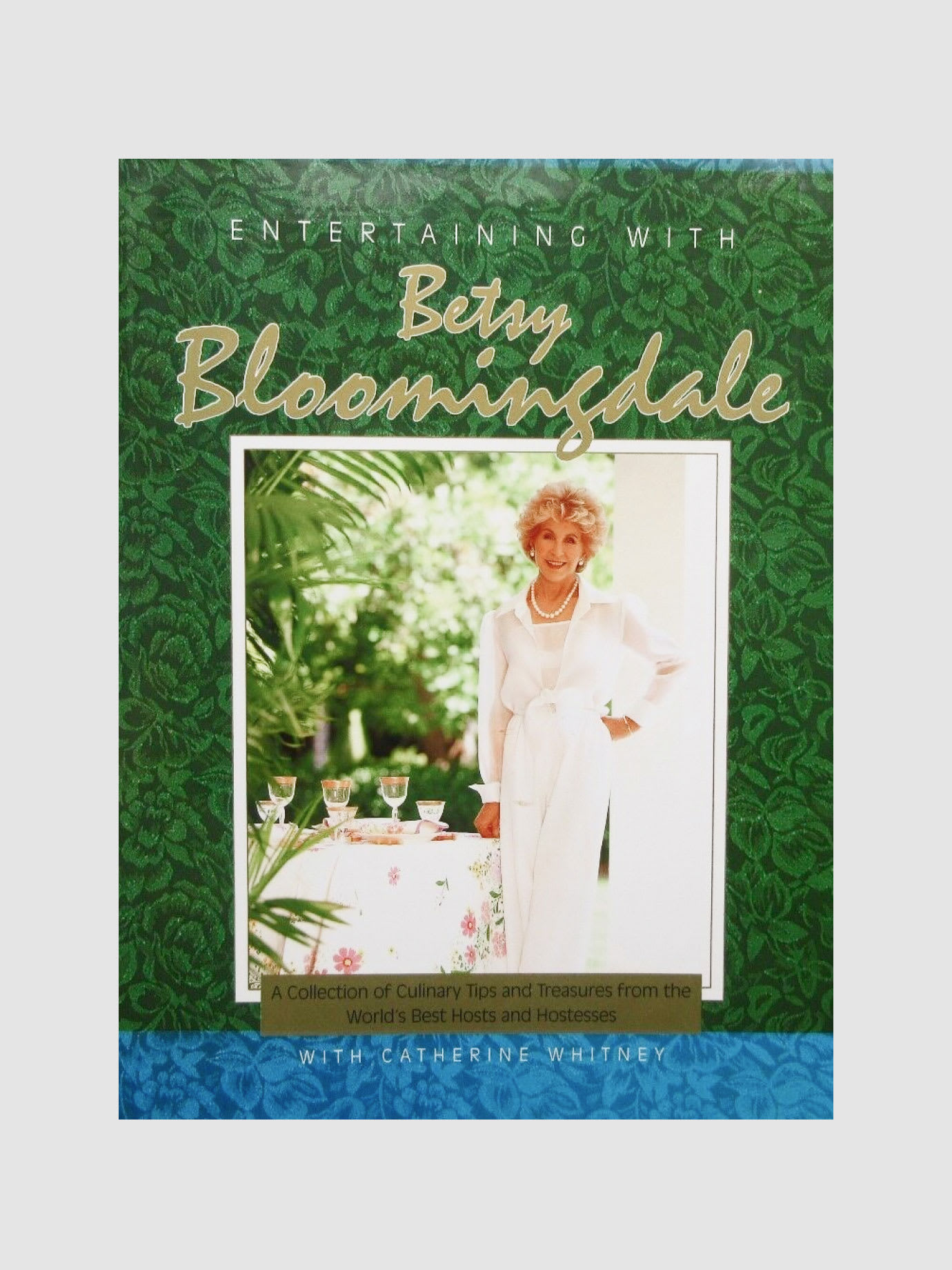 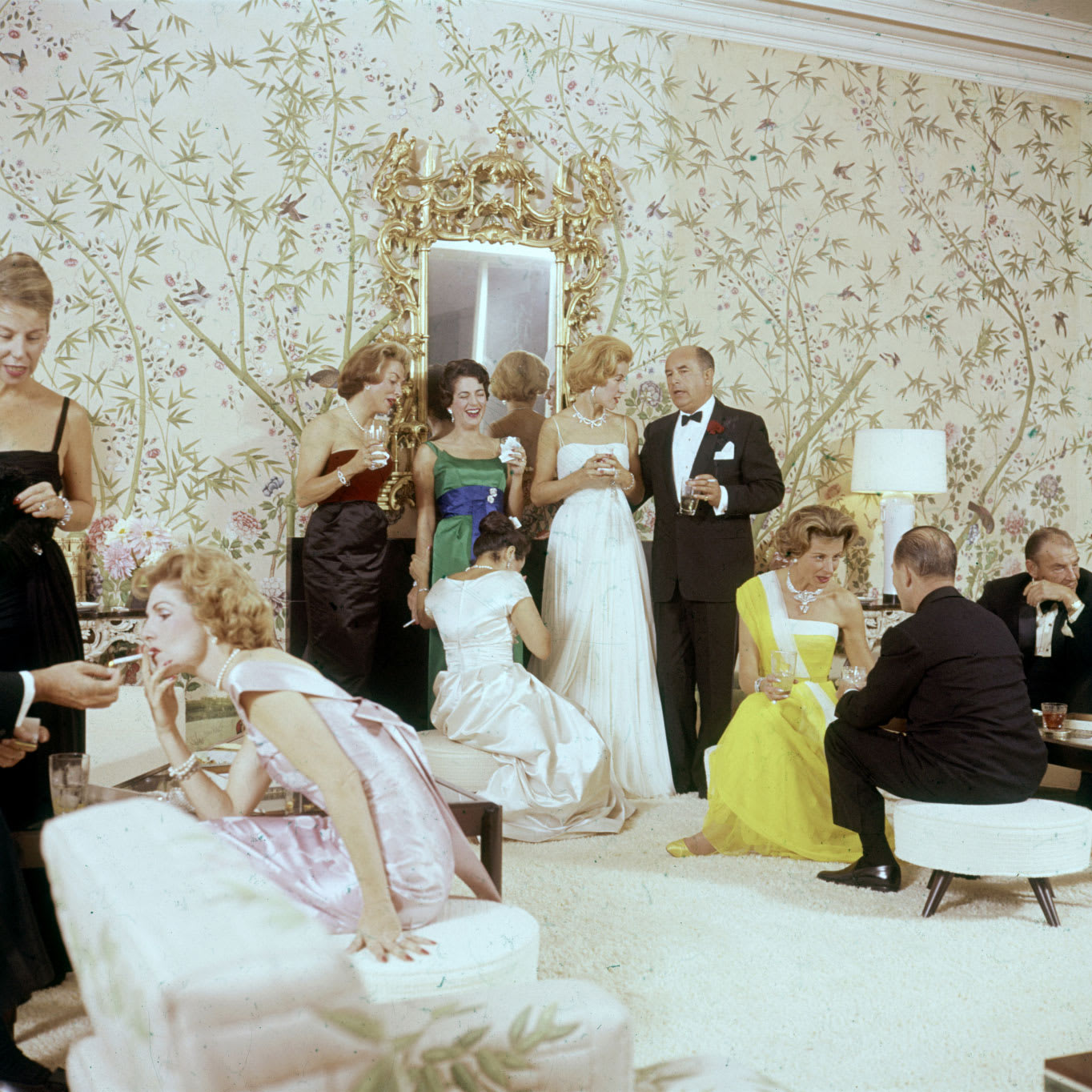 Entertaining With Betsy Bloomingdale: A Collection Of Culinary Tips And Treasures From The World’s Best Hosts And Hostesses, Beautiful America Publishing Company, 1994
A legendary haute-couture patron and philanthropist who died in 2016, Betsy Bloomingdale (yes, of the department store fame) was known as the First Lady of entertaining. Renowned for her homes – Tom Ford lives in her former Californian mansion, decorated in high Hollywood, Regency style and bought for a cool $38.75m. In 1994, she published her own recipe book, Entertaining With Betsy Bloomingdale which, as the name suggests, encompasses far more than just salmon en croute recipes. Ever fretted where to sit a former (or, indeed, current) US president in relation to a state senator and Joan Collins at an intimate dinner for 18? Betsy’s got you covered. The recipes also come from a then-glittering, if now slightly dusty, list of contributors from international society. If you want to party like Patrick Bateman, this is the book for you. You can also bag a second-hand copy for next to nothing on Amazon. 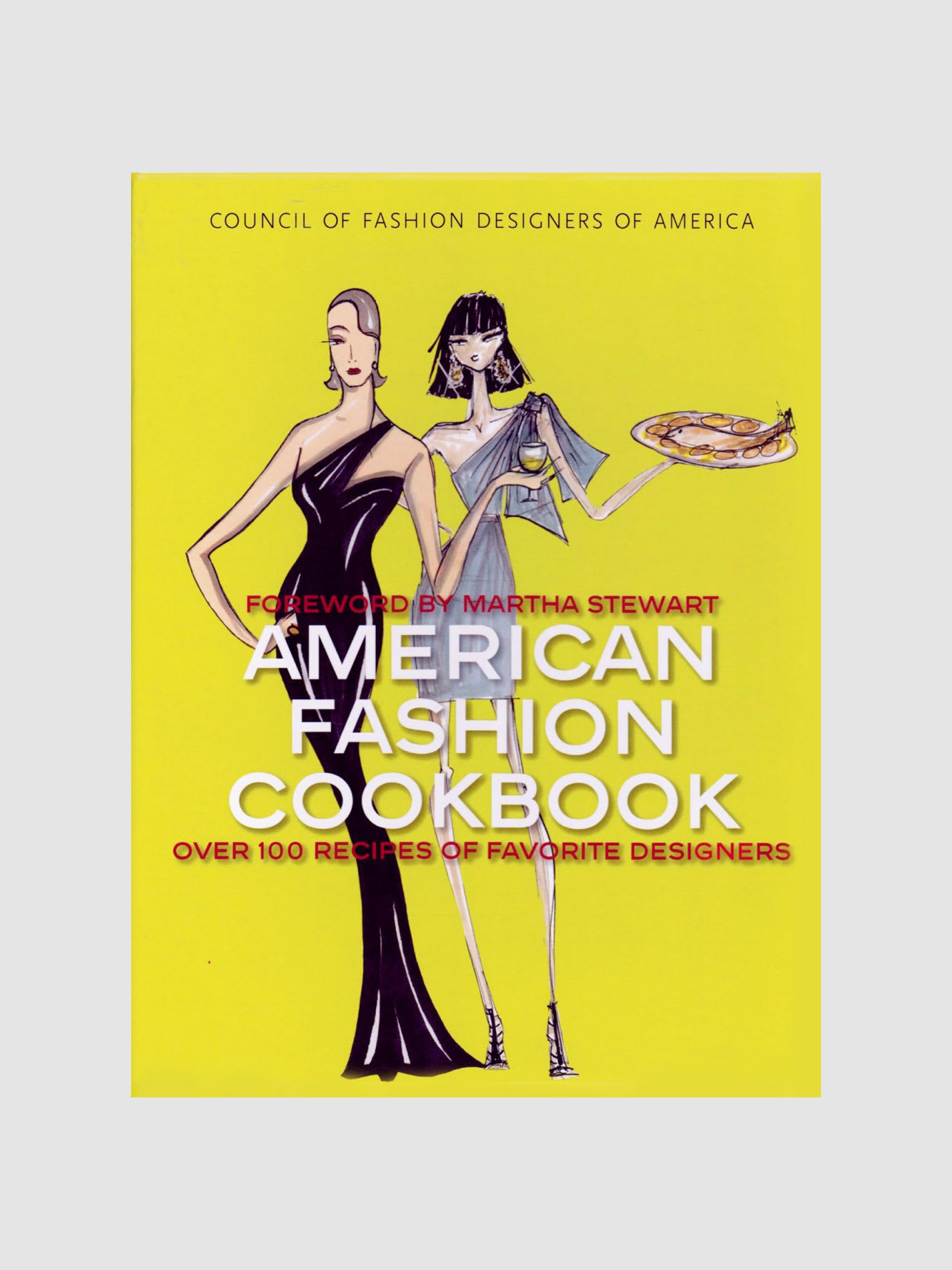 American Fashion Cookbook, Assouline, 2009
Introduced by Martha Stewart (who else?), this book is a panoply of gastronomic creations by some of America’s best-known fashion talents. Diane von Furstenberg teaches us how to cook chicken, Isaac Mizrahi contributed mushroom truffle spaghetti, Carolina Herrera shares a family recipe for pommes toupinel (potatoes stuffed with cheese and bechamel sauce) – apparently beloved of the paradoxically whippet-thin Jacqueline Kennedy. Evidently, slightly more calorific than may be expected. 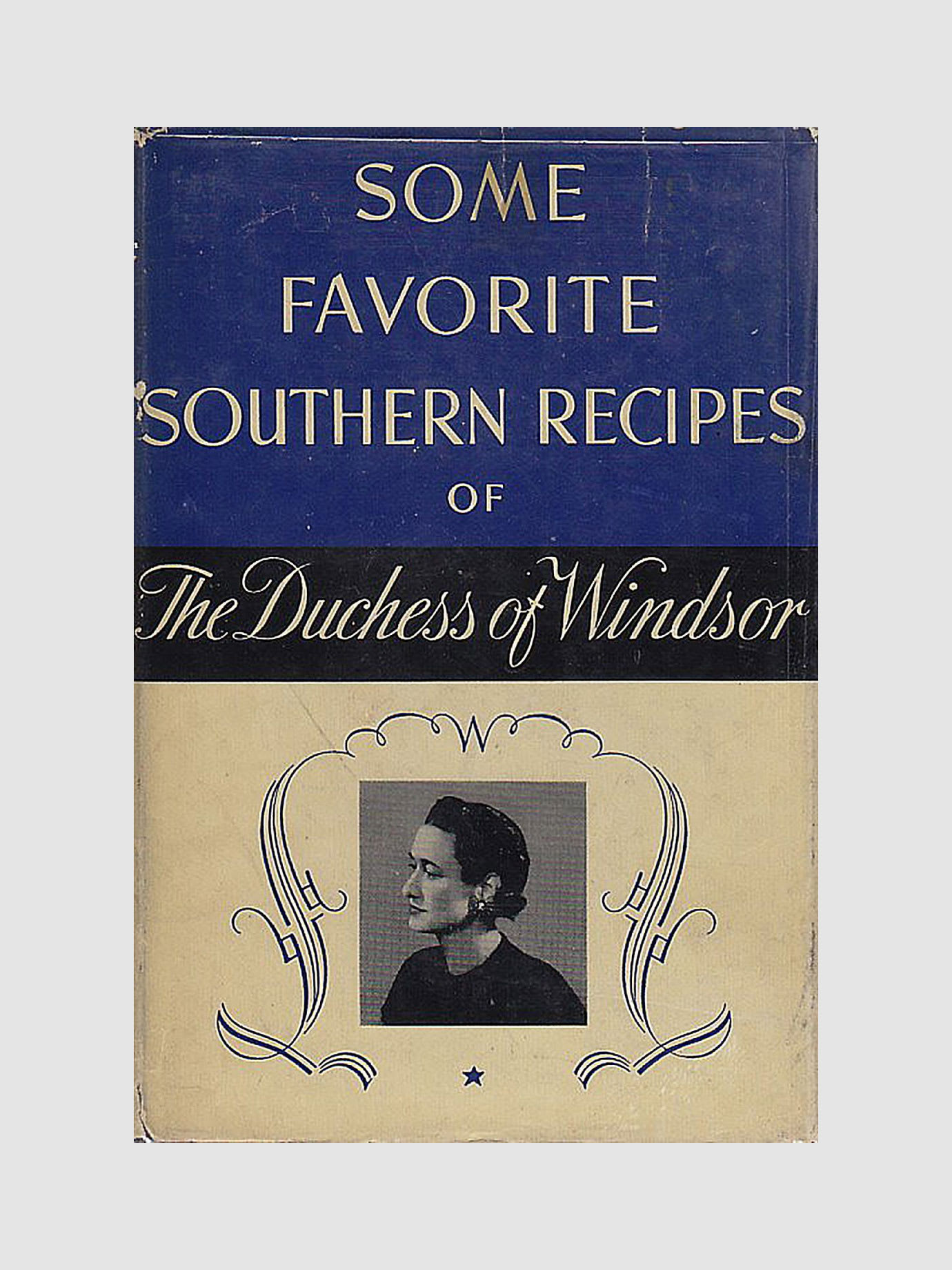 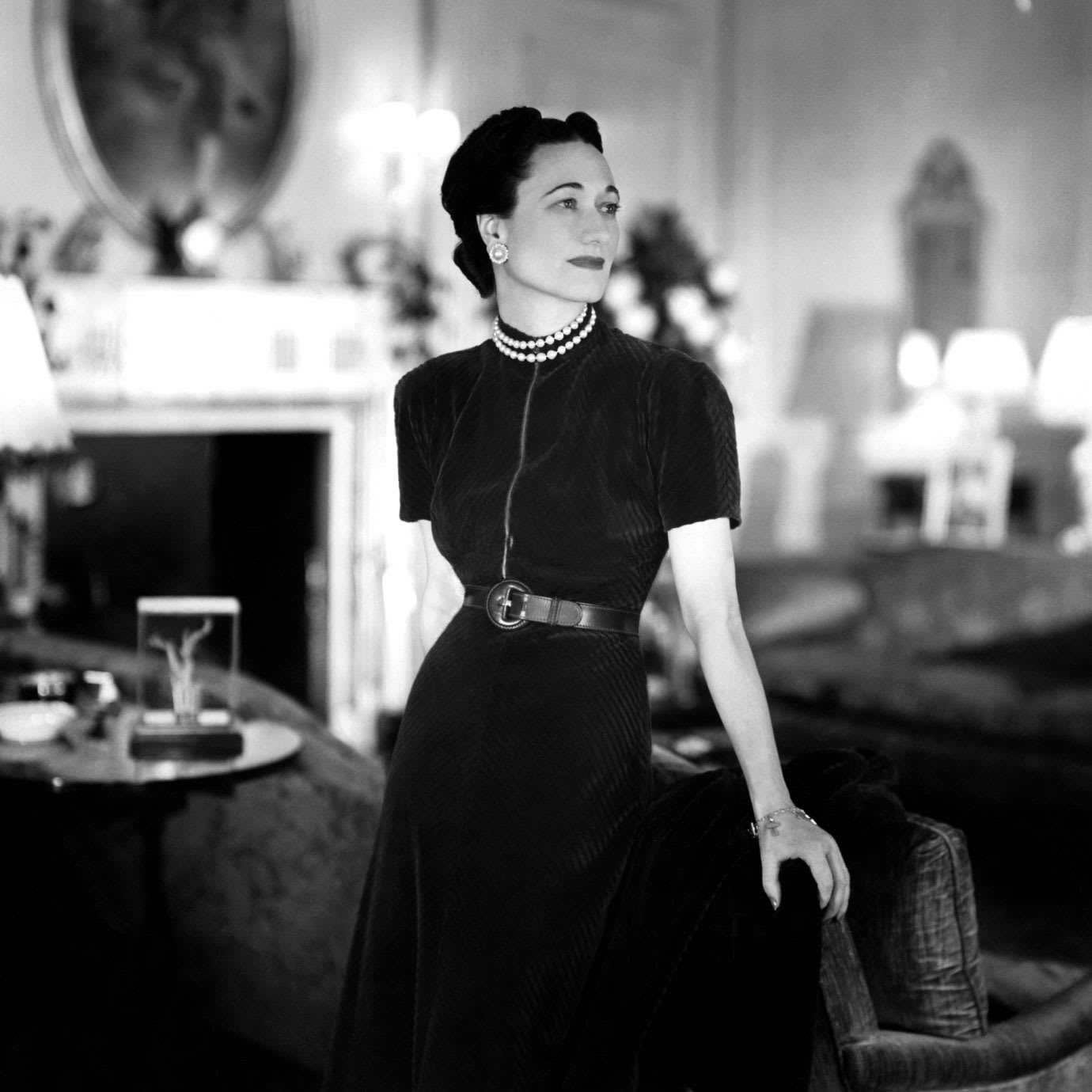 Some Favorite Southern Recipes Of The Duchess of Windsor, Charles Scribner’s Sons, 1942
Wallis, Duchess of Windsor not only coined the phrase ‘you can never be too rich or too thin’, but had it needlepointed into a pillow. Yet, relatively early into her infamy in 1942 – just five years after she married the ‘Dook’, as she pronounced it in her Baltimore accent, she published a cookbook, fittingly if verbosely titled Some Favorite Southern Recipes Of The Duchess of Windsor, the royalties of which were donated to British war relief (and the obscure existence of which was brought to my attention by Hamish Bowles of American Vogue). The Duchess was a famously persnickety hostess, who insisted that every piece of chicken and even lettuce leaf had to be precisely the same size for each guest. She also noted down her comments – soup too cold, wine served too early – in a small bound notepad known as her ‘grumble’ book. The introduction to her cookbook was penned by Mrs Franklin Delano Roosevelt, the Duchess credited with the foreword, implying the famously rake-thin Wallis hadn’t perhaps partaken in such delights as crab and okra gumbo or terrapin a la Maryland. She was probably too busy sorting her salads. 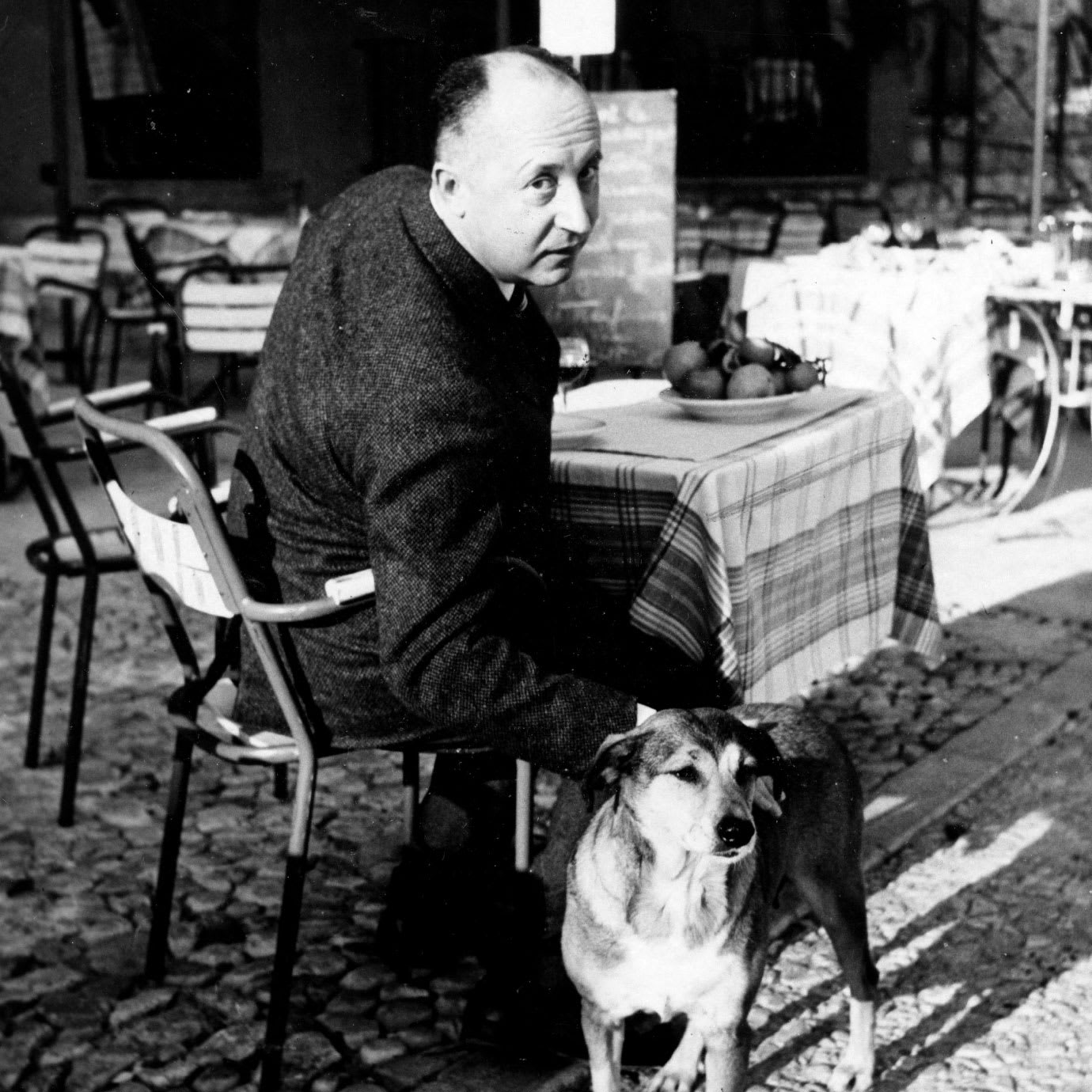 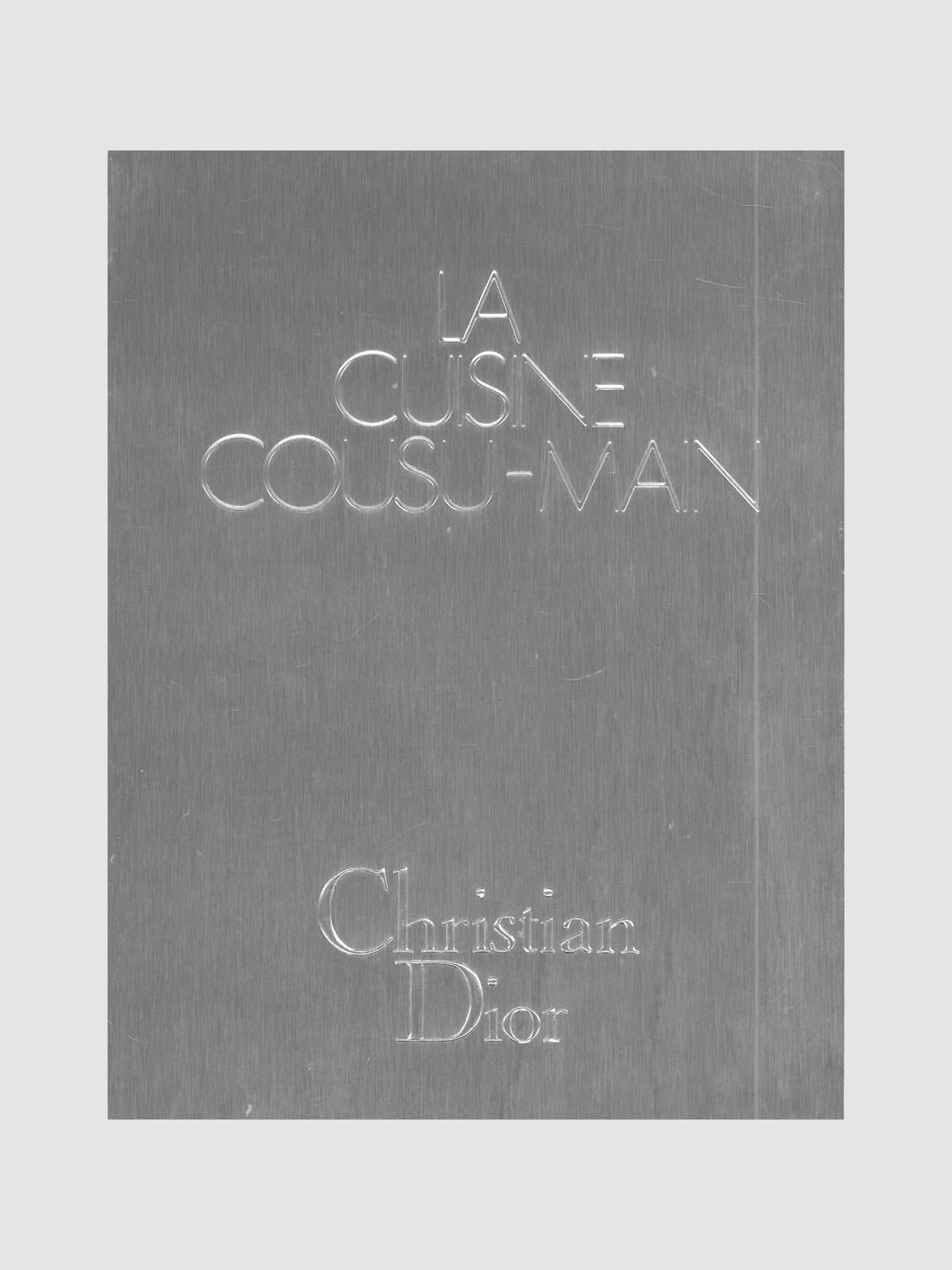 La Cuisine Cousu-Main by Christian Dior, 1972
Christian Dior was a famed gastronome – to his detriment, actually, as an unconfirmed cause of his death in 1957 was Dior choking on a fish bone, while he was on an Italian health retreat intended, in part, to lose weight. It was 15 years after his passing, in 1972, that the maison that still bears his name published La Cuisine Cousu-Main, roughly translated as ‘Tailor-Made Cuisine’, a compilation of Dior’s favourite dishes, wittily illustrated by René Gruau with hybrid femme-food figures. Clad in sleek aluminium like a high-tech kitchen appliance, it was limited to 4,000 copies – a few still crop up, at about £600 a copy. For that price, you can enjoy how-tos for such earthy delights as dandelion salad and duchesse potatoes, and the less earthy likes of flambeed partridge stuffed with foie gras and drenched in Dom Perignon (probably that that did Dior in, rather than a fish bone).