Armed with an iPhone 10, the French actress shows us an intimate portrait of life in lockdown ahead of her new sci-fi film, ‘Proxima’

Eva Green tends to gravitate towards extremes. Her roles – universally lauded and fawned over by fandom – are, as well as being disparately different each time, poles apart from Eva ‘in real life’. Day to day, the French actress promises me she is a ‘real homebody’, happiest in her own company with a good book and her beloved black miniature schnauzer, Winston (we’ll come to him).

It is not what most expect of Green, 39, who on screen has known almost no limit, whether it’s mastering the occult, commanding herself as a fierce warrior queen in ancient Greece, taking many a guise as Tim Burton’s inspiration (most recently in Disney’s behemoth ‘Dumbo’) or, for her next big film role, an anguished mother preparing to travel to outer space. It is, if nothing else, liberating for her to get to live these extremes. ‘I sometimes wish I had the balls that some of my characters have,’ she says, and sighs, then corrects herself. ‘No, I am a courageous person as well – but too polite, perhaps.’ 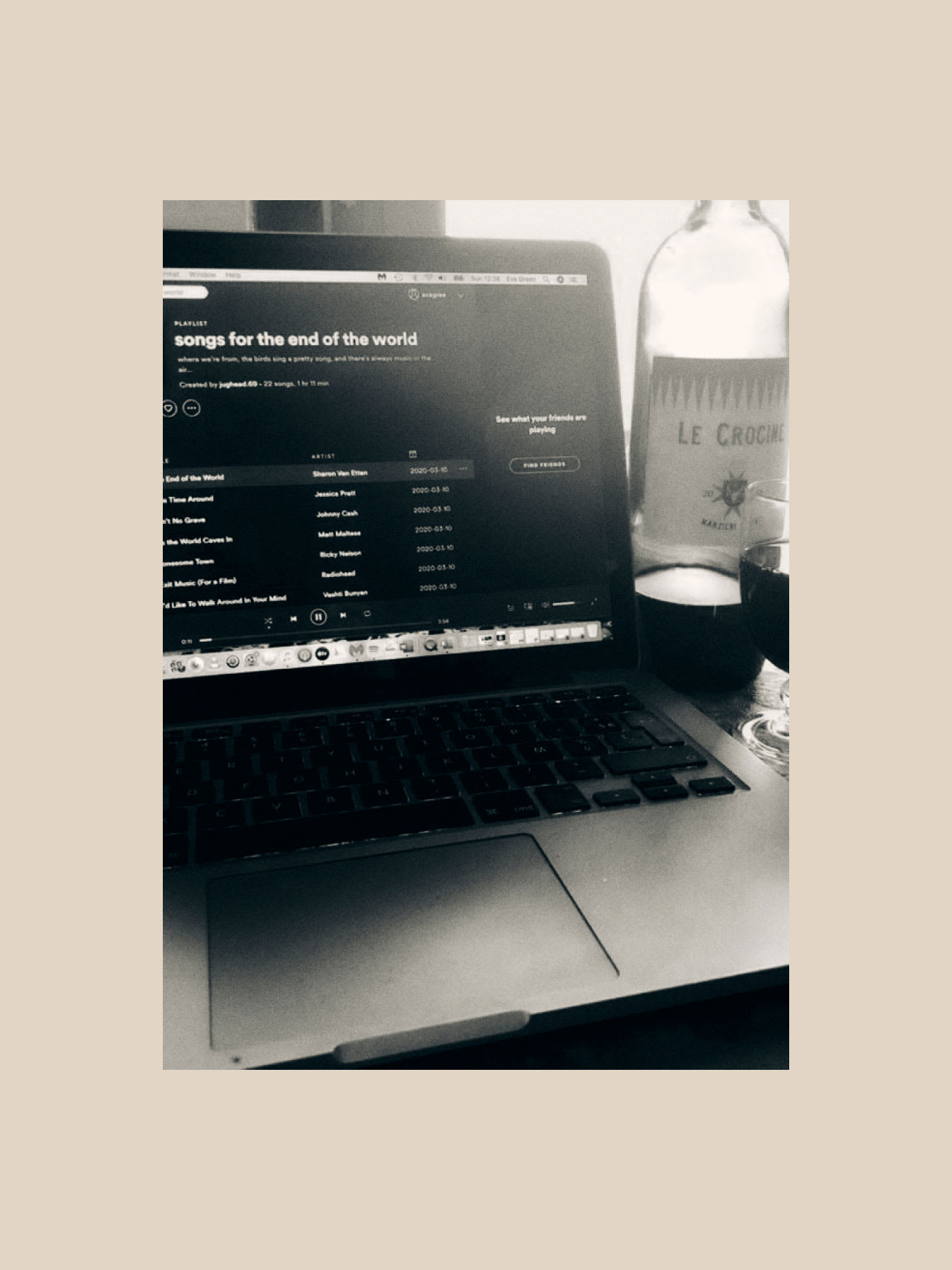 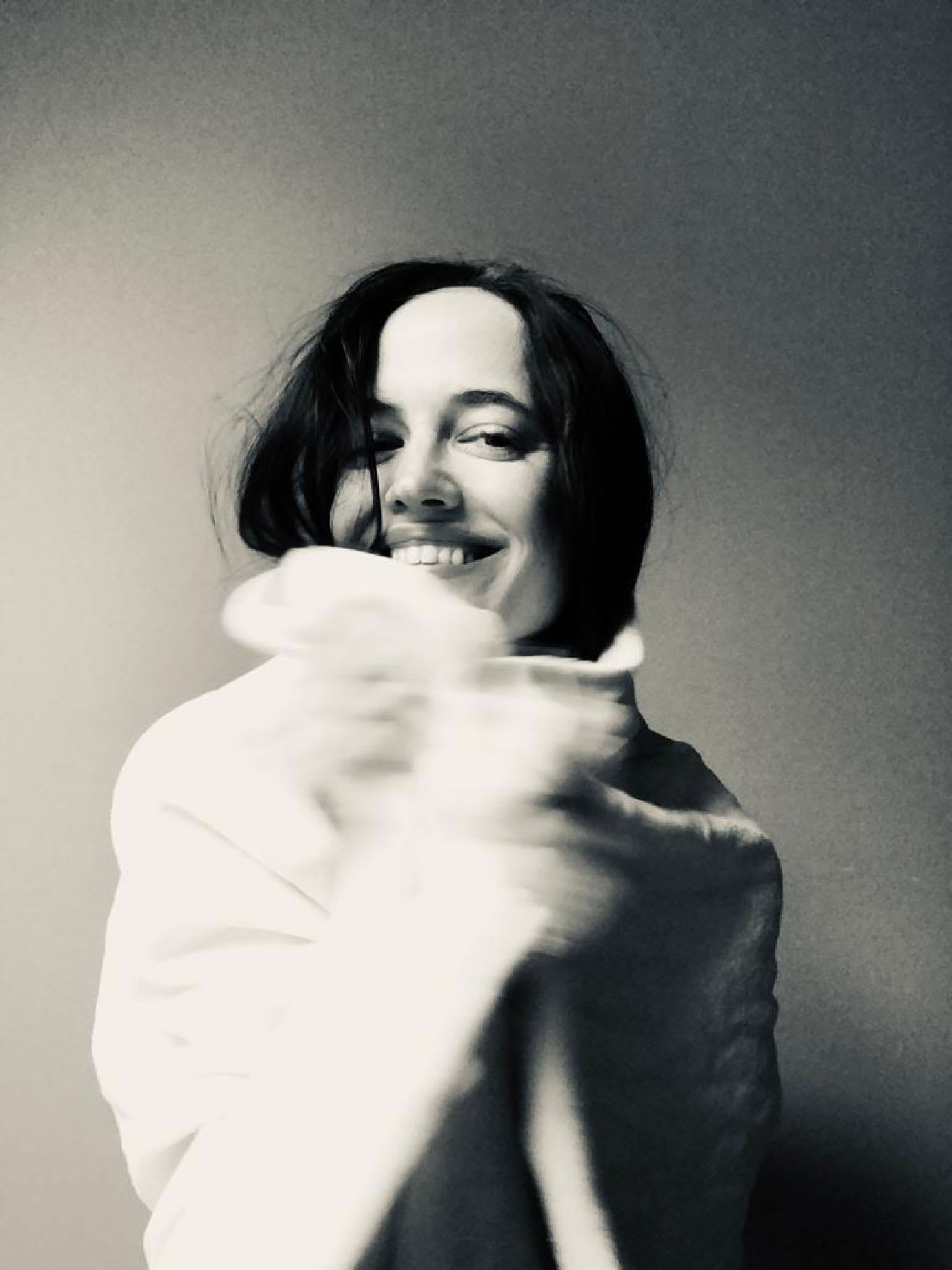 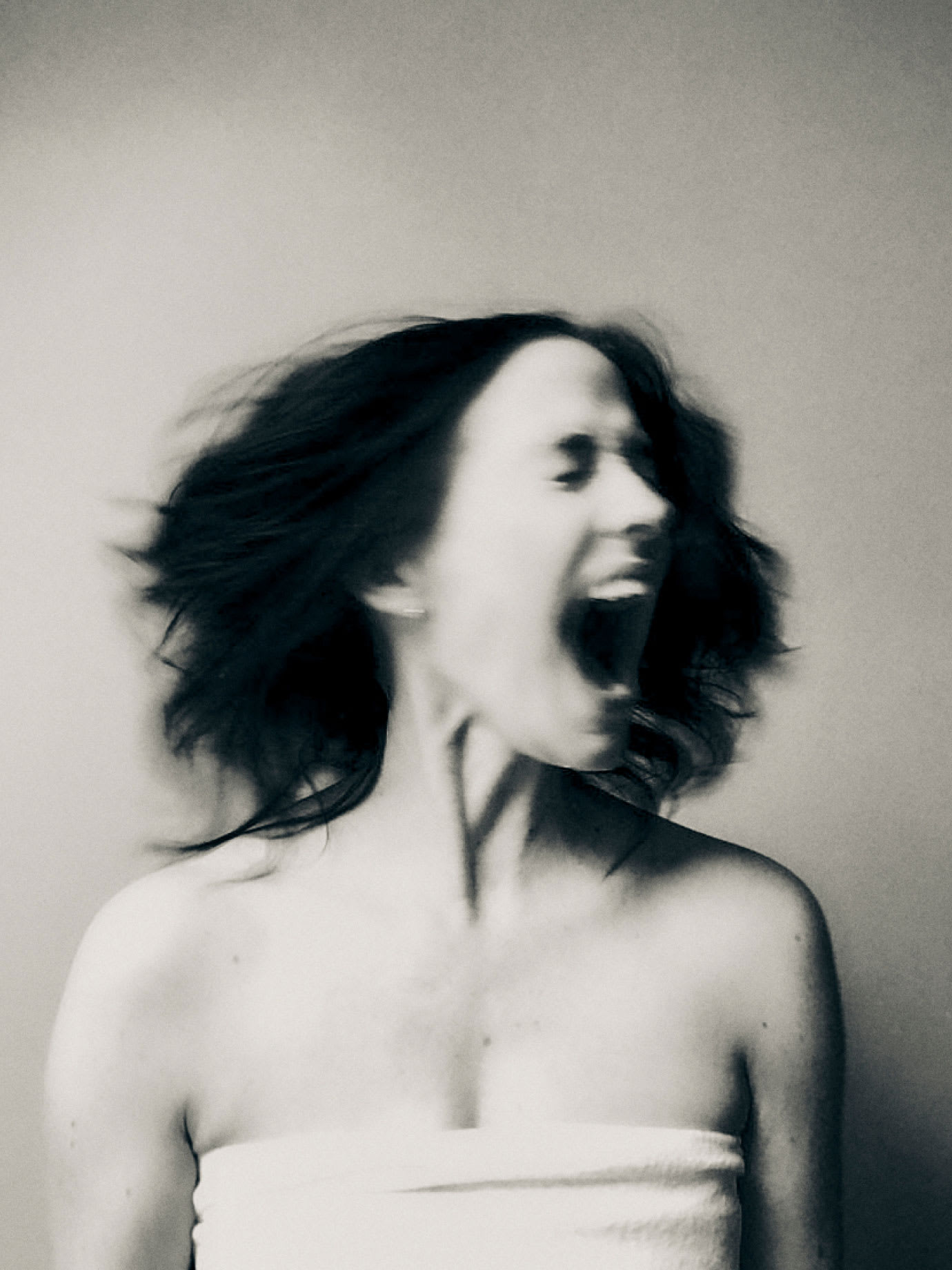 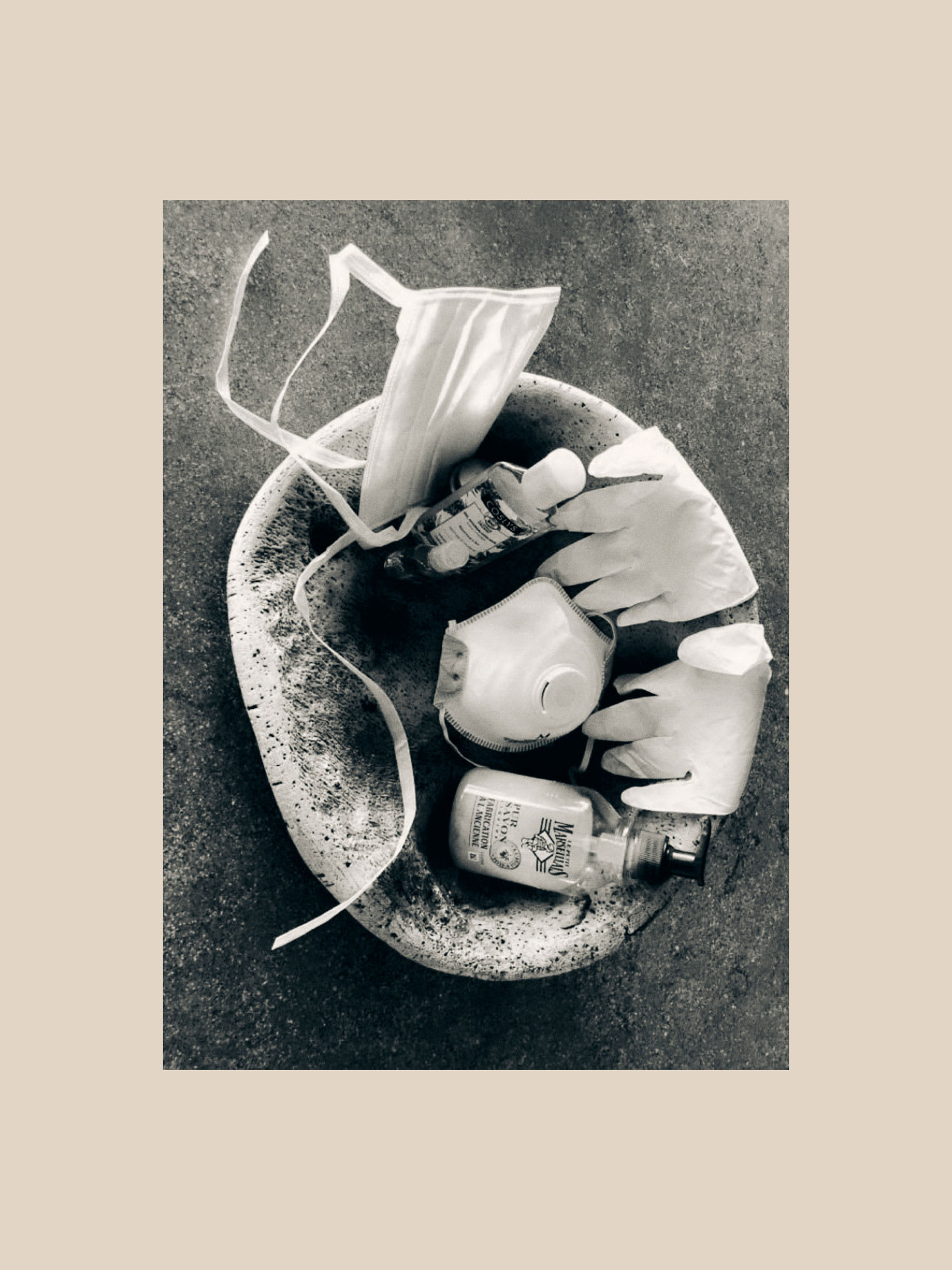 This much seems clear when I speak to Green down the phone from Normandy, where she is self-isolating during this strange COVID-19 era. The actress is thoughtful, considerate, sometimes diffident – and, no, this is really not how the greater public have often seen her on screen. ‘Lots of people see me as either the girl from James Bond, or the “gothic” person, but neither is representative of all my work, or of me,’ she says in near-flawless English, the product of several spells spent living in London.

It is hard to forget her turn as international liaison officer, Vesper Lynd, in Bond’s ‘Casino Royale’. For some, she is the ultimate, up there with the best of 007’s muses (of which there have been so many). It’s also difficult to ignore her hugely popular appearance as the fierce medium, Vanessa Ives, in Sky’s cult show, ‘Penny Dreadful’. The association is not a result of having done nothing of note besides, but rather that in these roles she has acquired and accumulated such avid fanbases as a result of her portrayal. But these barely cover the wide range of parts taken over a nearly two-decade career, which began with Bernardo Bertolucci’s cult movie, ‘The Dreamers’, back in 2003 (still a hugely popular reference and source of inspiration for filmmaking auteurs, fashion designers and creatives worldwide, such was its influence). In the BBC’s forthcoming series, ‘The Luminaries’, an adaptation of Eleanor Catton’s Booker Prize-winning, smash-hit novel (is there a single household without a copy?), she plays the fearless Lydia, a brothel madam who is a ‘survivor’, a ‘feminist’ and, she concedes with a chuckle, ‘quite bad’. Despite such a prolific output, Green says that in a sense she’s just getting started. ‘I have to learn still.’ What is there to learn? ‘How to embrace the chaos and move forward,’ she says, aware more than ever that she’s working in an industry that’s in flux – especially with COVID-19 closing cinemas universally across the globe, driving studios’ entire slates of films either to streaming platforms or to 2021 in the hope of a returning box office.

Green and her twin sister, Joy (non-identical and two minutes younger), were born in Paris to their father Walter Green, a Swedish dentist with a very English-sounding name, and their mother Marlène Jobert, a famous French actress who has worked with the likes of Godard, Audiard and Chabrol. When Green herself, a long-time fan of Bette Davis, decided to act, this was a legacy she first sought to avoid. She told her mother she wanted to go to drama classes because she wanted to be a director; later, she decamped to London in order to escape accusations of nepotism in France. Now, though, she is more than well established in her own right, and she and her mother share war stories. But really, says Green, Jobert is just like any other mum. ‘She worries a lot. It’s such a ruthless business. She just wants me to be happy, to not worry too much.’ Governmental enforced lockdown hasn’t helped.

‘Lots of people see me as either the girl from James Bond, or the “gothic” person – but neither is representative of all my work, or of me’

We discuss isolation, and I mention that for extroverts the lack of being with or among others has been such a shock to the system, detrimental even. But for introverts, it has been hugely noted, it was not a hard situation to adapt to. I mention this because Green has always been more of a stay-at-home type. ‘I’m not the most social person,’ she admits. ‘But it’s something I’ve always disliked in myself as well. I wish I could be more outgoing, but it’s just not me.’ Even when she was doing drama classes as a teenager, she struggled. Luckily, her teacher clearly saw something in her. ‘I remember one of the first roles she gave me was Lady Macbeth. And it was just to provoke me, because I was so shy, withdrawn; I couldn’t even speak in front of people. So, it was quite violent. But it was quite jubilating when I started doing people who are not me at all – strong, full-on characters. It made me feel very alive.’

‘Proxima’, the aforementioned space film – for which Green has been receiving some of the strongest reviews in her already much reviewed career – is meant to be her next cinematic project, but both its premiere and release are now changing due to the pandemic. Directed by fellow Frenchwoman, the César-winning Alice Winocour, although it is not necessarily Green’s weirdest role, it’s one of her most challenging. She plays Sarah, an astronaut who is preparing for the biggest mission of her career, but is also dreading leaving her eight-year-old daughter behind for a year. ‘I just loved the story,’ she says immediately, admitting that this kind of ‘meaty’ role rarely comes around. Both researching and filming were thrilling, as she discovered and revelled in the rigours of space travel. Visiting the famous Cosmodrome in Baikonur, Kazakhstan, Green says, ‘I felt extremely lucky. It’s like a sacred place, a transition between the earth and the unknown.’ The astronauts themselves are, she marvels, almost ‘saint-like’ in their devotion to their jobs. But, in the case of her character Sarah, we are left to ruminate on the question: is she making the right decision? ‘It echoes for a lot of women who feel like they have to choose between having a high-powered career or a family,’ says Green, making the hyperbolic and grandiose scenario granular and universal. She herself has no children – can she imagine how she would face the dilemma? ‘I don’t know. I don’t even know if I could leave my dog for a year.’ 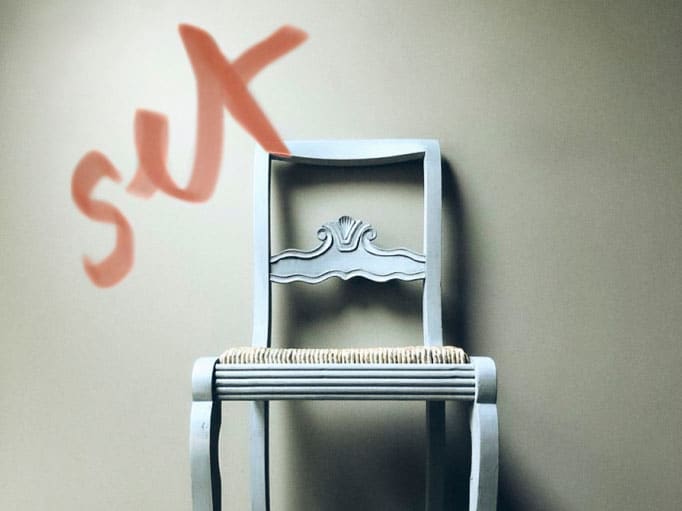 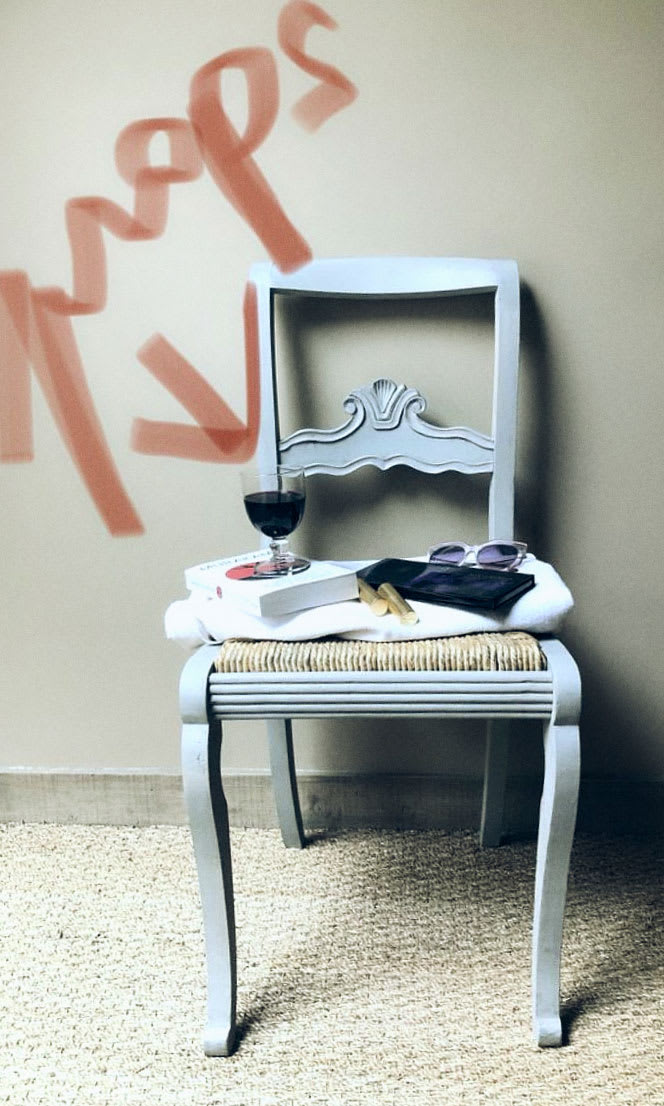 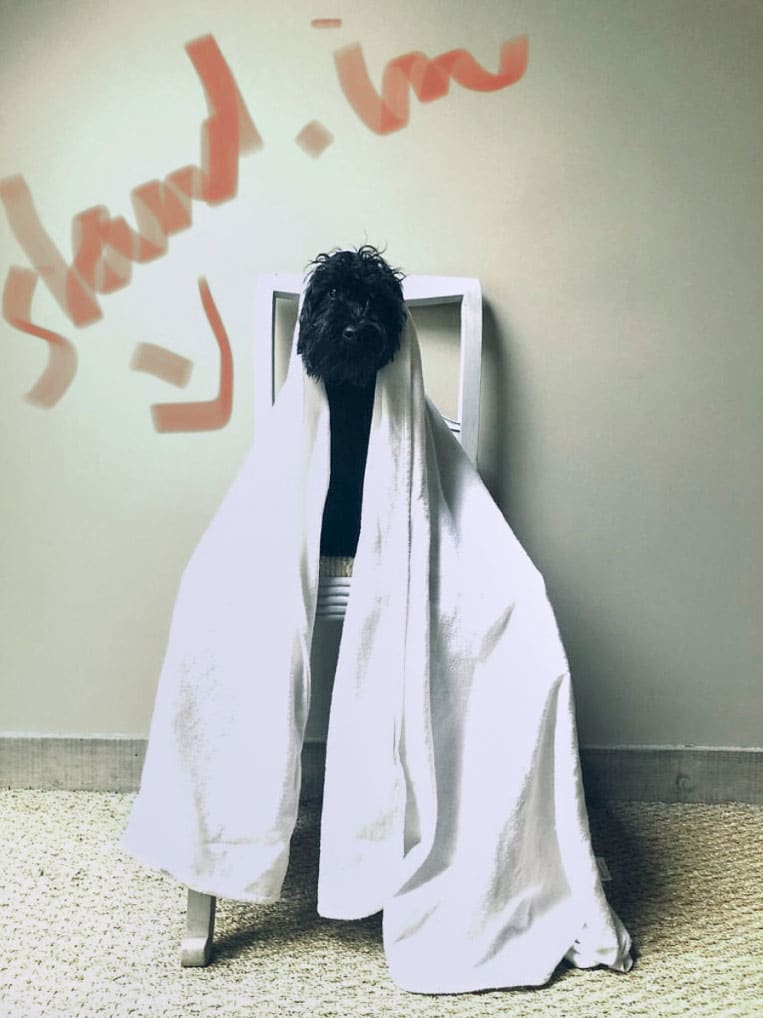 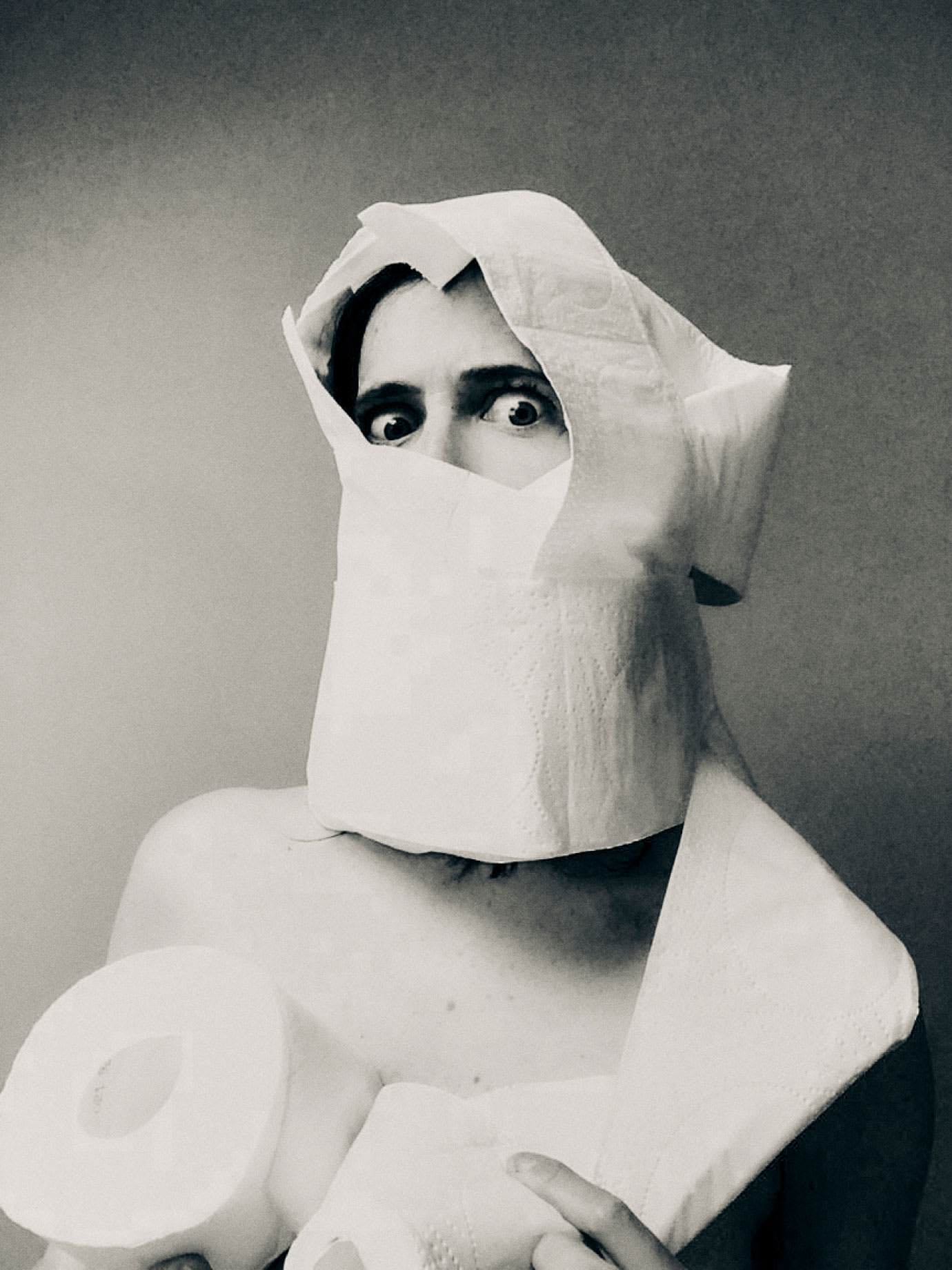 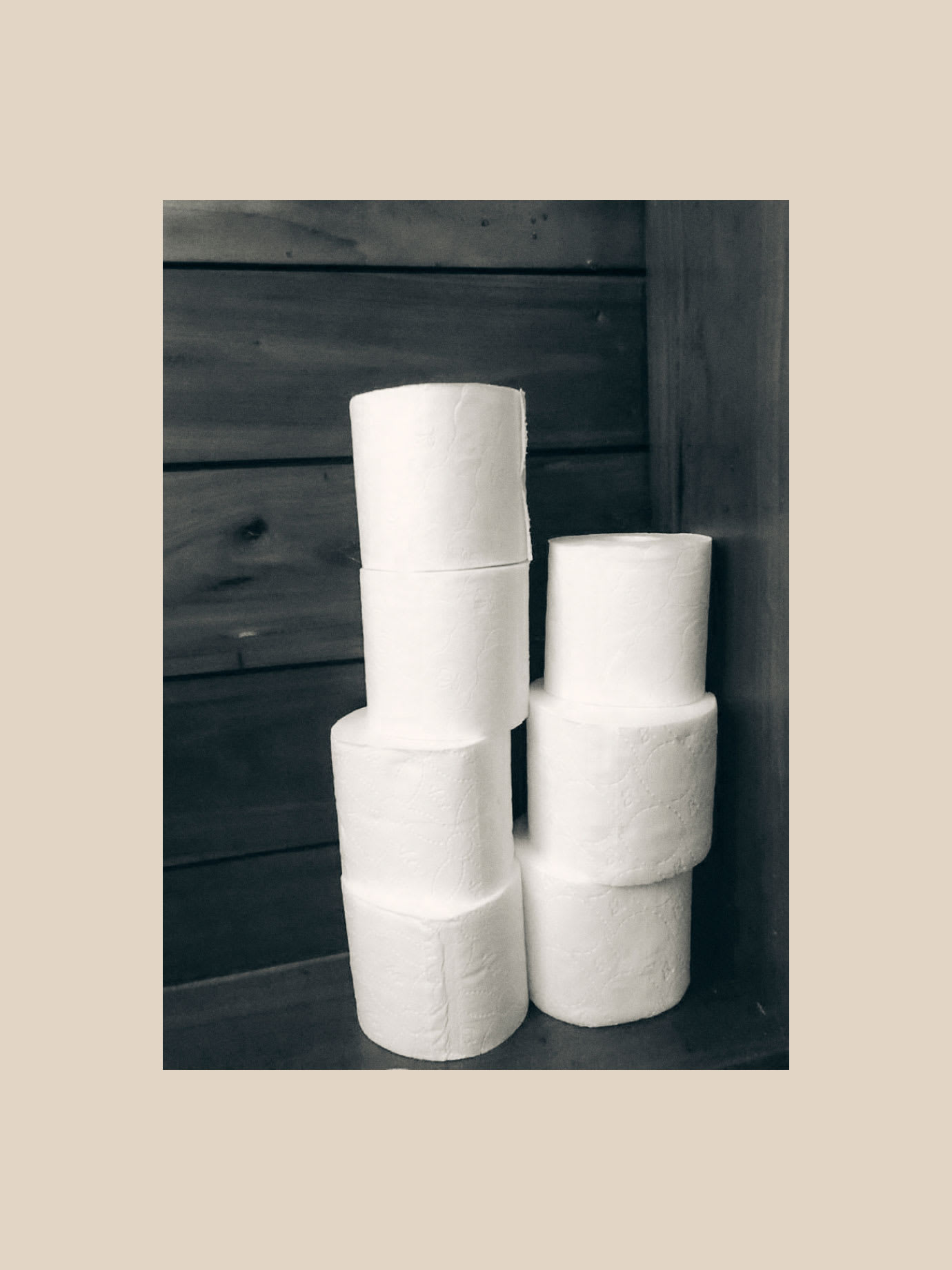 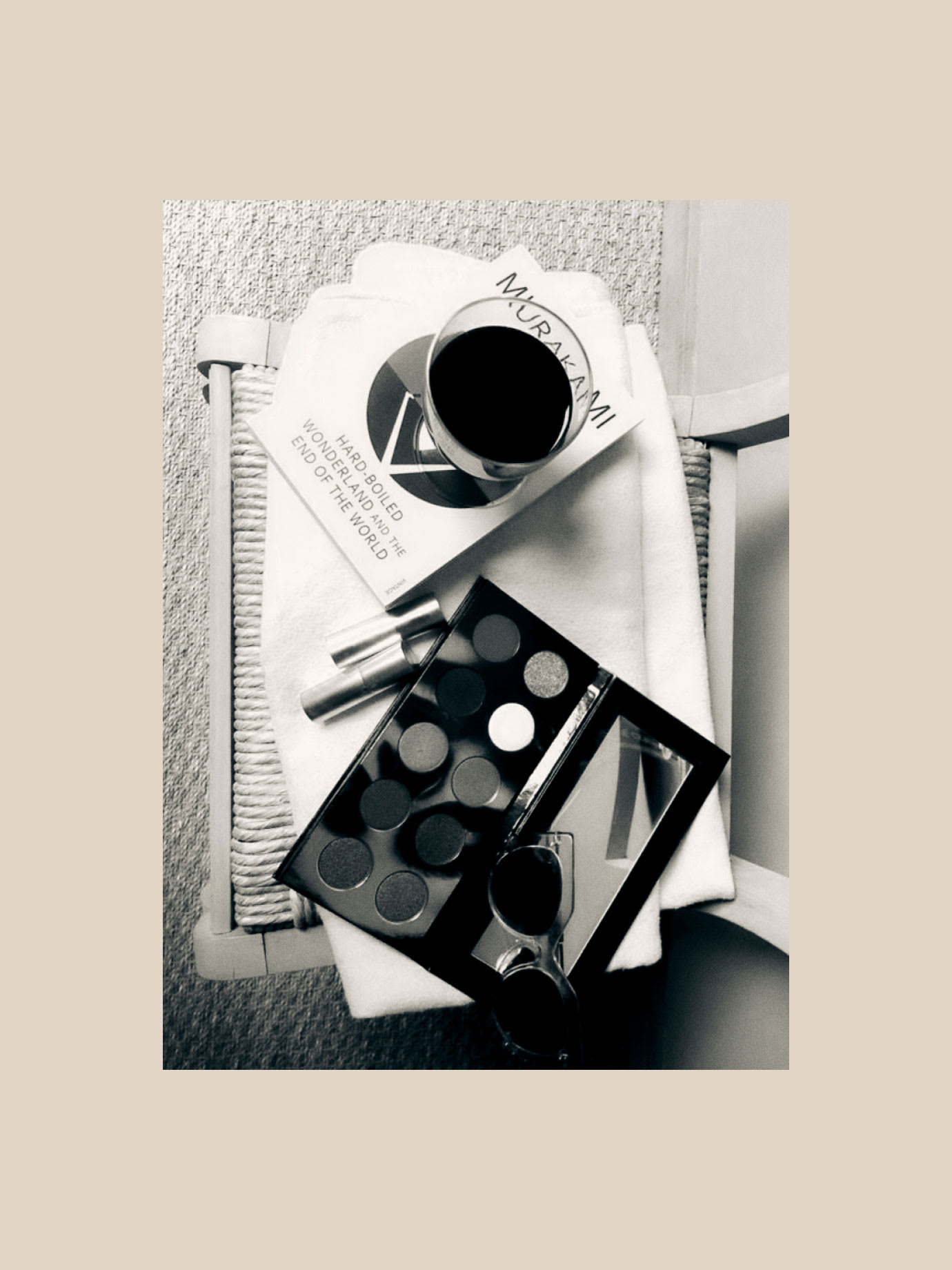 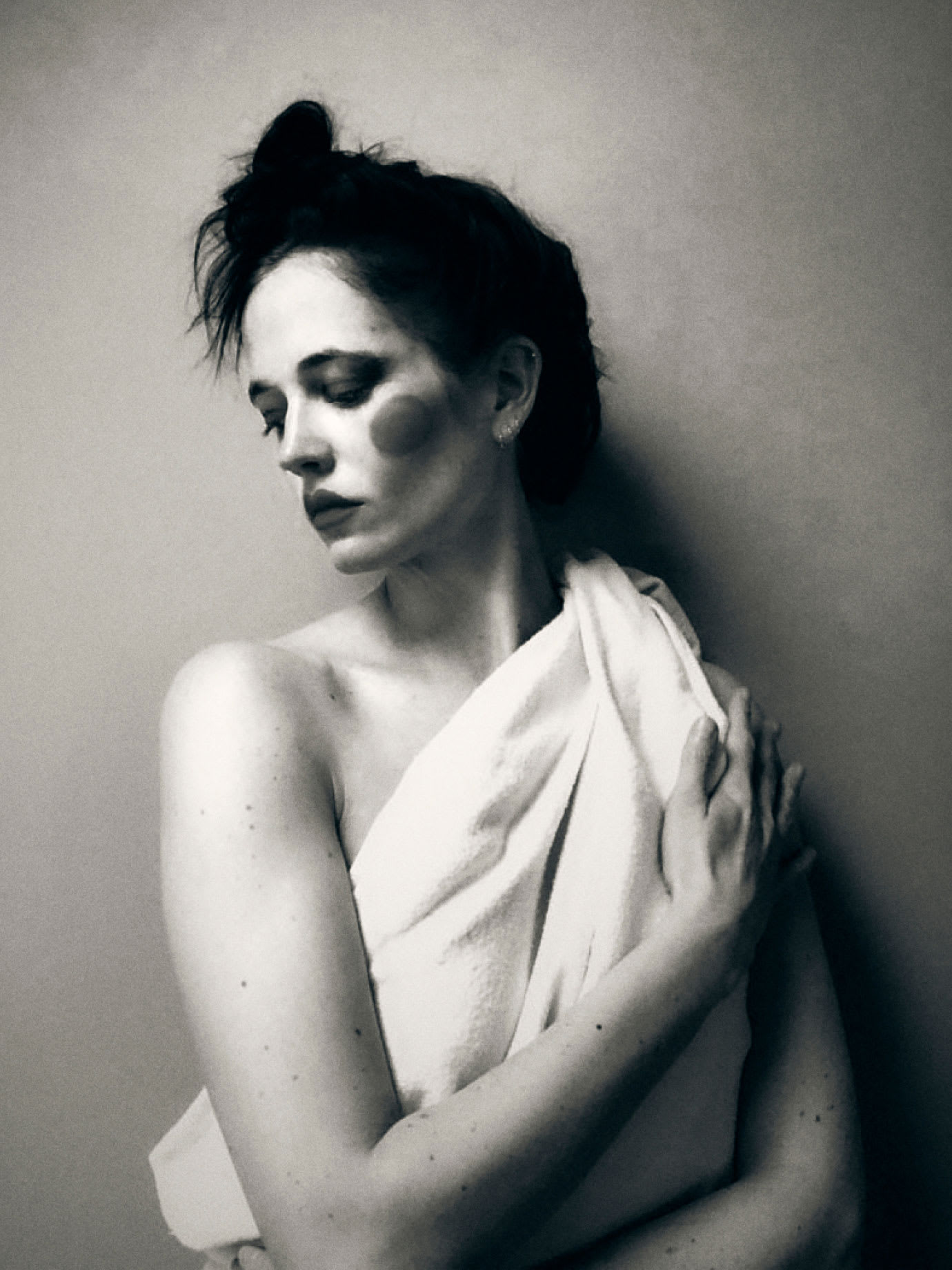 I promised we would get to him. Winston is, Green promises, ‘So beautiful – just ridiculously clever and very sensitive.’ She gave him his name because, ‘I just thought he looked like a “Winston”. He needs a little pipe and a bow tie.’ He is her chosen company during quarantine, but she is planning a much larger menagerie eventually, once this is all over. ‘My absolute dream is to have a farm,’ she reveals. ‘It sounds completely cheesy and “ooh la la”, but to be connected with nature is what makes me happy.’ Central to it all would be her newest obsession: chickens. ‘I have them all listed on my computer,’ she laughs. ‘All the different types – you have very weird-looking hens with crazy feathers; very fat chickens as well. It’s like a fashion show,’ she insists. Green paints the picture so handsomely: Eva, the screen siren as a farmer, hair out of place, gloves and waterproof boots, egg basket in hand and no one else around her, just nature. If not her next act, perhaps Green’s greatest role is this: settled, content and yet so very alive. With chickens. So many chickens. Winston had better be ready.

‘The Luminaries’ will air this autumn on the BBC. ‘Proxima’ is out this year